This Angola customer contacted us by browsing our website, he is from Angola and wanted to produce the popular Marie biscuits, which are round sweet biscuits of British origin, similar to rich tea biscuits. Ingredients include flour, sugar, vegetable oil and vanilla flavor. The customer currently has a 300kg/h Marie biscuit production line, which is a well-known local biscuit manufacturing factory, producing all kinds of biscuits, pastries, etc. Our company has nearly 10 years of experience in exporting to the Angolan market. Due to the high sales of biscuits in Angola, he wanted to expand production and buy another 500kgh production line. Customers are more concerned about the full automation of the production line, so we configure a fully automated 500kg/h Commercial Marie biscuit production line for him.

After understanding the technological process and steps of the Marie biscuits that the customer wants to produce, we provide him with the following machines. In Angola, gas is more economical to use for a long time, so we have equipped him with a gas-heated oven. The length of the customer’s factory is not enough, so we configure a 180°turning machine for him.

How Marie Biscuits Are Made In Factory

According to the Angola customer’s factory size, our engineer designed the layout for him.

According to the Marie biscuits the Angola customer wants to produce, we provide him with a recipe table. 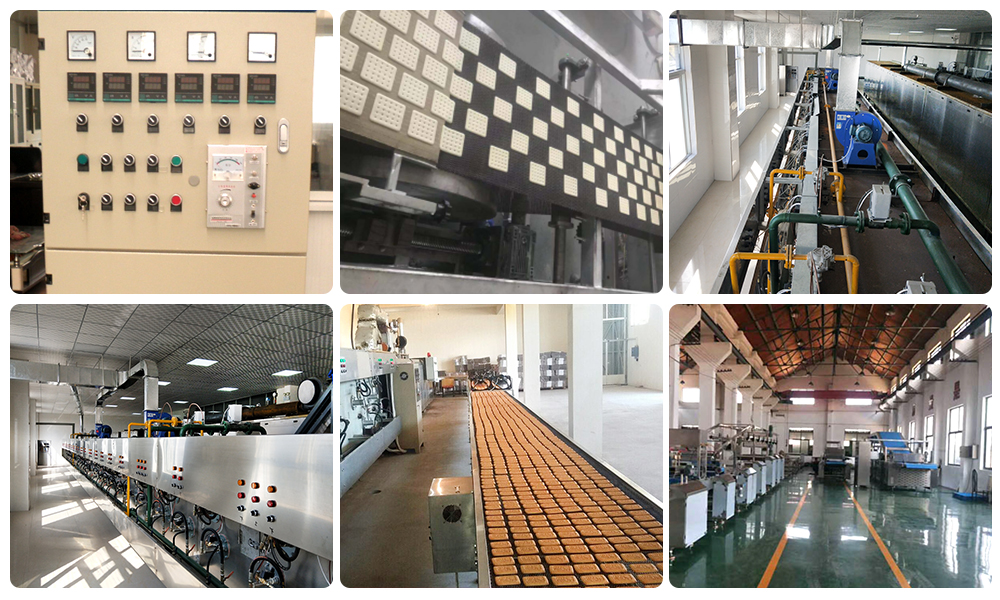 The customer is more concerned about the brand of the motor, he chooses the ABB motor, the following list is the parameter table of the ABB motor.

What Is Advantages Of 500kg/h Commercial Marie Biscuit Production Line?

After the customer confirms the order and receives the deposit, we completed the production within 30 working days and test the machine in the factory. After the customer pays the balance, we shipped the goods to Angola immediately.